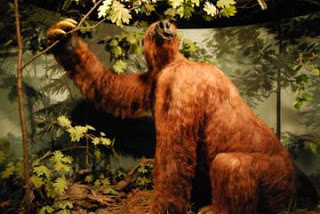 January, the coldest month of the Iowa year, is the perfect time to host a program about Iowa?s Ice Age fauna, and OPL?s Reminisce Society is pleased to present Ottumwa native Sarah Horgen to do just that. Horgen is the education and outreach coordinator for the University of Iowa?s Natural History Museum, and she will discuss the mega-animals that inhabited the Ice Age Midwest at the upcoming Reminisce program, Tuesday, January 22, at 10:00 a.m. in the library?s meeting room.

The Pleistocene, or Ice Age, began over 2.5 million years ago and ended a short 10,000 years ago, and during that time, Iowa was home to such creatures as giant sloths, mastodons, and mammoths. Horgen will describe Ice Age Iowa and recent excavations of Ice Age mammal remains, including the Mahaska County mammoth dig from last summer, as well as the giant sloth excavation in southwest Iowa. She will also bring along examples of some of the materials found during these digs.

Plan to join us on Tuesday, January 22, for a fascinating glimpse into Iowa?s past. Reminisce Society programs are free and open to everyone. For further information, please call the library?s Reference Desk at 641-682-7563, extension 205. 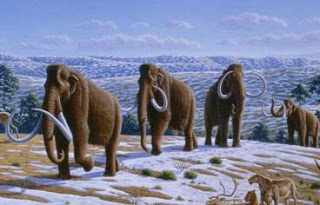