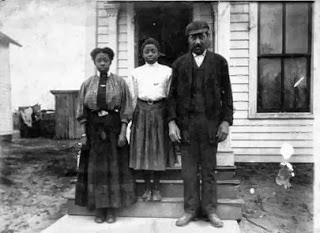 African American history in Iowa dates back to before Iowa became a state. The first African American to come to Iowa was York, a slave of William Clark (Clark of the Louis and Clark Expedition). Iowa played an important role in the Underground Railroad and became a land of opportunity for African Americans after the Civil War. Since then, black Iowans have been involved in all facets of Iowa life?from sports to music, from farming to coal mining, from blue collar to white collar, from ordinary to extraordinary.

Please plan to join Michelle Poe from the African American Museum of Iowa in exploring the lives and contributions of blacks in Iowa at the next Reminisce program, Tuesday, October 22, 2013, at 10:00 a.m. in the library?s meeting room. Michelle has brought fascinating programs to Reminisce in the past, and this one promises to be just as interesting. For further information, please call the library?s Reference Desk at 641-682-7563, ext. 205.